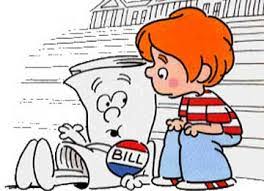 Here is a brief recap of bills affecting education travelling through the Indiana House and Senate along with those that appear to have died due to lack of support or hearing.


BILLS STILL IN PLAY - THE GOOD, THE BAD, AND THE UGLY 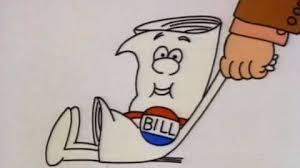 These bills are on the move from one chamber to the other.  Some of these are positive bills that need support from PUBLIC education advocates, others need advocates to push legislators to vote them down, and some are just ugly attacks on PUBLIC schools, students, and educators.  Let's take a look at what bills are on the move.

SB 189 and HB 1001, which move money from a reserve fund to the state general fund, sped through their respective chambers, and are on-track to be moved through the opposing chamber. Even with revisions to the proposed law, it’s likely that a fix will be approved before the session ends in mid-March.

SB 189 and HB 1001 would close the gap in school funding that resulted from miscalculations in the number of students attending public schools. The bills would let the state transfer up to $25 million per year from a reserve fund to the state general fund, where it could then be distributed to districts.

SB 172 would require public schools to offer computer science classes as an elective in high schools, as well as a part of the science curriculum for all students. The bill also sets up a grant program to pay for teacher training in computer science.

HB 1420, among several other measures, would not let a student who has been expelled from a virtual charter school for non-attendance re-enroll in that same school during the same school year.

SB 303 would implement a variety of unrelated education policies, but one element hidden within the bill would damage the teaching profession.  The bill would require bargained teacher contracts to contain a minimum number of hours per day the teacher is expected to work, as opposed to a set number of hours.  During his term as state superintendent, Tony Bennett tried this approach and a court found that it violated the law.  This bill is disrespectful of the work and time teachers put in each day.  Teachers already put in additional hours and personal expense to ensure that their students are served.  This bill passed out of the Senate 45-3.  Please continue to OPPOSE this bill as it moves to the House.  Contact your Representatives in the House and as them to OPPOSE SB 303.

SB 177 and HB 1426 would combine Indiana’s four diplomas into a single diploma with four “designations” that mirror current diploma tracks. The bills would also allow the Indiana State Board of Education to consider alternatives to Algebra 2 as a graduation requirement. The House bill would change the state high school exam to a national college-entrance exam, require high schools to test students in science, and eliminate the requirement that schools give the Accuplacer remediation test. It would also change rules for getting a graduation waiver and create an “alternate diploma” for students with severe special needs.  These bills make some changes that could damage the rights and potential success of students with special needs.
This proposal to change the graduation waiver system is the latest attempt by the state to amend graduation requirements as part of a policy initiative to ensure that students are prepared for life after high school. The change in waiver policy could make it more challenging for students who struggle academically to complete high school.
“I want to make sure we have as few waivers as possible,” said Rep. Bob Behning, Republican chairman of the House Education Committee and author of House Bill 1426, which includes the waiver changes. And if a waiver is necessary, he said, he wants the requirements to be stringent enough to ensure post-graduate success and further harm some of the state's most fragile students.  OPPOSE diploma changes that discard a general diploma and place more stringent requirements on special needs students.


SB 297 would require schools to include “employability skills,” also known as “soft skills,” in their curriculum. The idea for the bill came from David Freitas, a member of the state board of education.


SB 387 would allow the state to grant an “initial practitioner license” to prospective teachers even if they have not passed subject area exams so long as they have at least a 3.0 GPA, have completed student teaching, and have received a job with a school. The bill would let districts hire up to 10 percent of teachers with this license under these circumstances. The bill would also let districts pay teachers different amounts in an effort to fill jobs in special education, science or math fields. A previous measure that would let districts hire up to 10 percent of unlicensed teachers was removed.  This would act as a simple band aid for the teacher shortage, would allow potentially unqualified persons to be employed ans teachers, and undervalues some teachers based on their licence area.


HB 1398 would allow a group of charter schools and districts to form a “coalition” to pursue innovative academic strategies. Coalition members could also waive certain state requirements, such as the requirement that students pass Algebra 2 to graduate.  Just another bill to show favor to charters and undermine PUBLIC schools by changing the rules.

HB 1315 passed out of the House, 65 - 26. House Democrats offered amendments  that would have improved the bill, including an amendment from Rep. Melanie Wright (D - Yorktown) that would have made certain Muncie teachers had the right to a collective voice and a seat at the table, but it was defeated.

HB 1315 now moves to the Senate for consideration. Even if you have already completed the call to action, we need your voice again, as this time you will be contacting your senator.

This bill would hand control of Muncie Community Schools over to Ball State University (BSU). BSU would be empowered to appoint a new, unelected school board for Muncie Schools. To summarily remove a locally elected school board is drastic action. The bill would also punish Muncie teachers by stripping them of their right to association recognition and to bargain wage issues and discuss student learning issues.

For all other teachers in the state, the bill would hold classroom teachers responsible for the state of a school districts' finances by specifically calling for the termination of up to 5 percent of the teacher force by the end of a fall semester, if a district is designated as being in fiscal distress. These actions would no doubt impact student learning and academic goals and increase class sizes right in the middle of a school year.

SB 50, which now includes the workforce provisions from SB 157, would allow students to stay in high school for an additional year to pursue advanced classes or finish a certification related to their careers. It would also create a state agency and executive to oversee career and technical education, among other proposals.

SB 65 would require parents to give their approval for children to participate in instruction on sex, including gender identity and sexual orientation. Currently, the system is opt-out, not opt-in, as the bill proposes.

SB 8 would require all districts, charter and private schools to teach cursive.

HB 1388 would require the state board to create elementary teacher licenses in math and science.

HB 1421 would ask the state education department to develop a school discipline model that reduces suspensions and expulsions, especially among students of color. It also requires the department provide guidance and information to districts, beginning in 2019, that want to use that model. It encourages the legislative council to study positive student discipline and restorative justice and asks the education department to survey districts on those practices.

SB 217 would require districts and charter schools to screen students for dyslexia and by 2020, to employ at least one dyslexia specialist, among other provisions.

BILLS THAT HAVE DIED THIS SESSION 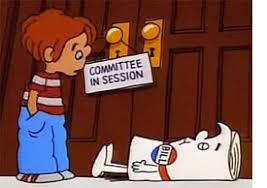 These bills have either "died" in committee, failed to get a hearing, or were voted down in their respective chamber leaving them dead for this short session.

SB 29 and HB 1042 would have allowed low-income families to apply for state preschool scholarships even if they were not employed, in school, or training for a job.

SB 272 and HB1392 would have made kindergarten mandatory by lowering the state’s compulsory school age to 5. It is currently 7. This bill was supported by Superintendent of Public Instruction, Jennifer McCormick and many educators across the state.

SB 205 would have allowed students transferring from one private school to another to take their remaining voucher dollars with them that year. The bill initially saw support from the education committee, but the Senate Appropriations Committee did not hear it.

SB 315, SB 350, and SB 406 would have placed more restrictions on charter school authorizers and required them to show the state their schools are academically sound before they open additional schools or enroll more students. None of these bills received hearings.  It is a shame that more restrictions are not placed on chartes and private schools and they are continually failing on the tax payers dime at the expense of our PUBLIC schools.

SB 7 would have barred schools from starting before the last Monday in August. Such calendar bills have been proposed each year, and none have moved forward.  These bills undermine local control of setting start and end dates and are difficult to support when they do not include a means to address the 180 day rule.

HB 1264 would have given grants to schools that applied to create “competency-based education” programs, which would let them alter instruction so that students move from lesson to lesson, or grade to grade, based on the skills they master, rather than time. The bill’s author, Rep. Tim Brown, decided not to hear the bill in House Ways and Means because of the cost involved. This is the second year the bill has failed.
Posted by Unknown at 10:35 PM 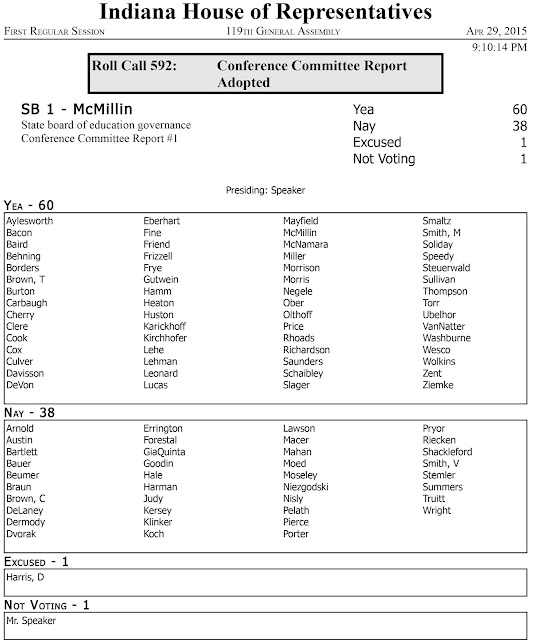 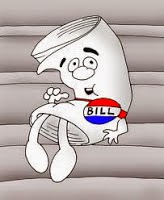 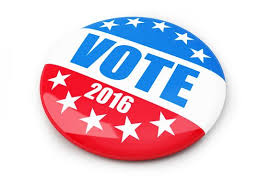 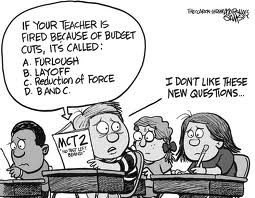